If you have noticed a slight lull in posting, it’s just because I was away on “Vacation”, I mean in Vancouver, where we spent two days earlier this month at the Western Conference on Safety but after all the work was done the hubby and I got a chance to explore & unwind.

We walked along Stanley Park and snapped some great photos of the totem poles.  This is a long walk… seriously, we did it TWICE and my feet were killing me when we were done but the view is totally worth it. 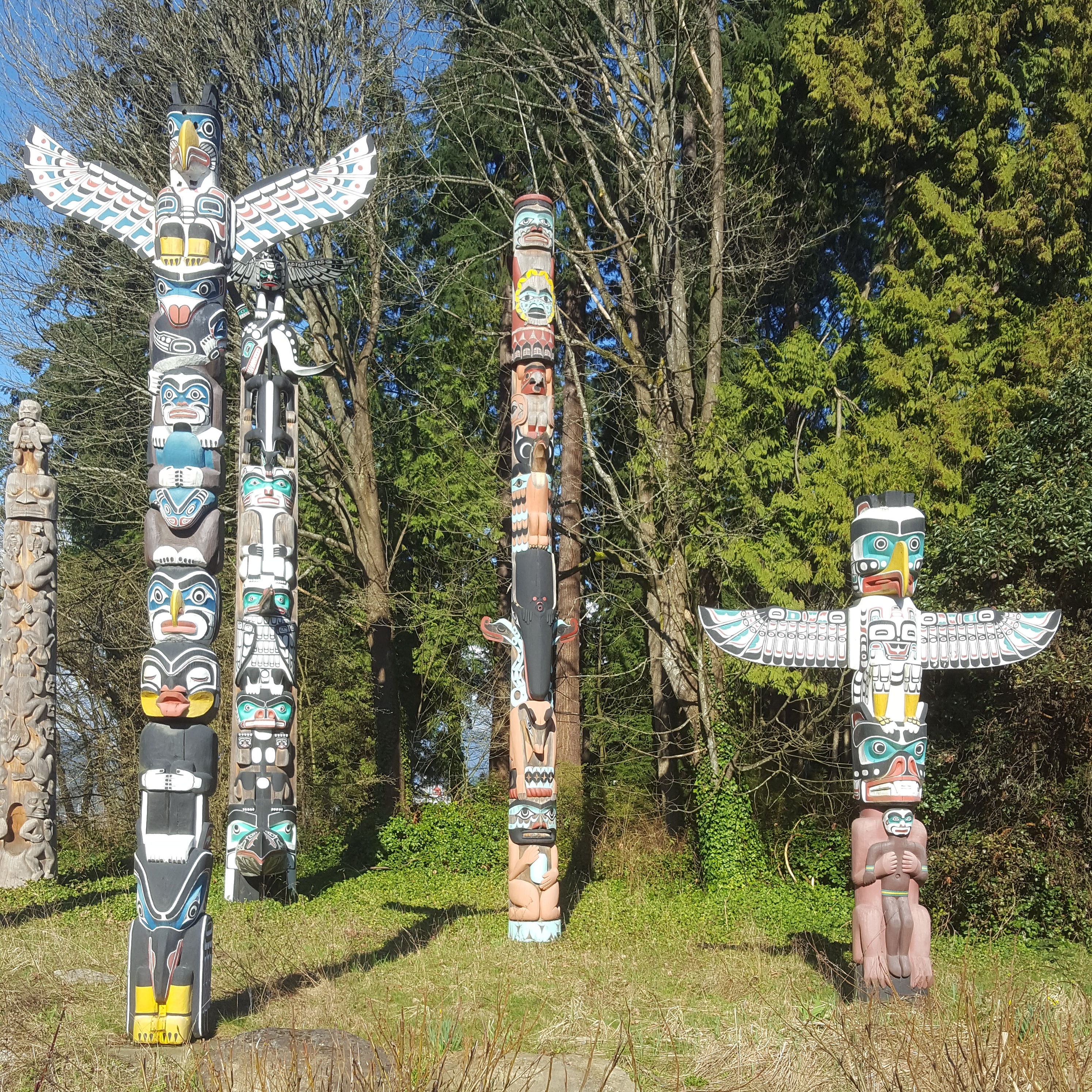 The Totems on Stanley Island 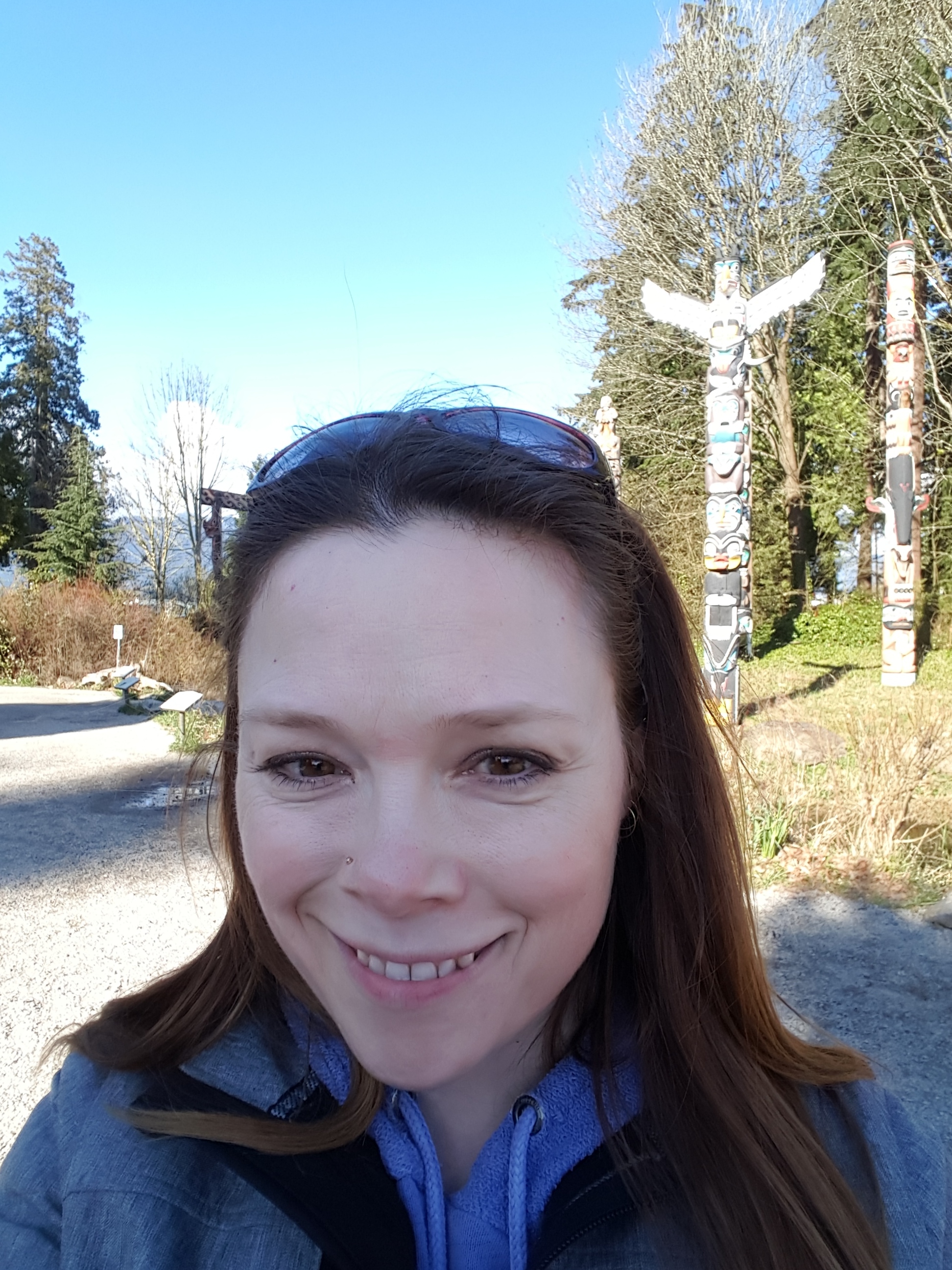 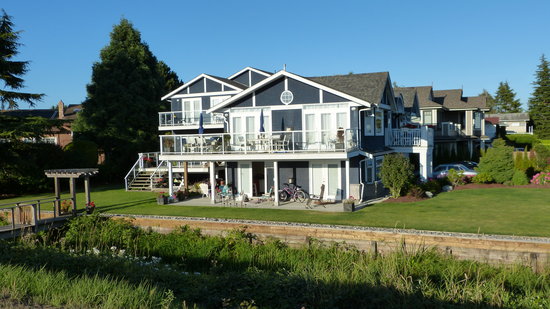 This photo of The Seabreeze Guest House is courtesy of TripAdvisor

We even got a chance to walk the streets of the real life Storybrooke from Once Upon a Time. Haven’t heard about Once?

Once Upon a Time is an American fairy tale television series that premiered on October 23, 2011, on ABC. The show takes place in the fictional seaside town of Storybrooke, Maine, whose residents are characters from various fairy tales transported to the “real world” town and robbed of their real memories by a powerful curse. It follows the heroine Emma Swan as she protects the town and its inhabitants from various curses and villains, sometimes involving traveling to other realms. Most episodes involve flashbacks telling its numerous characters’ stories.

Once fans know that the show is filmed in Vancouver and that Storybrooke is actually the village of Steveston in Richmond.  There they have taken over roughly a three-block radius of Moncton Street, ending down at the waterfront, which is home to the historic Gulf of Georgia Cannery.
The day we arrived in Richmond it was wet and rainy but I popped into the Storybrooke Post office, which is actually the Steveston Museum/ tourism office.  They sell some cute little Once Merchandise like t-shirts and mugs and they’ll give you a handy little map that points out all the buildings on the street and what they double as on the show. 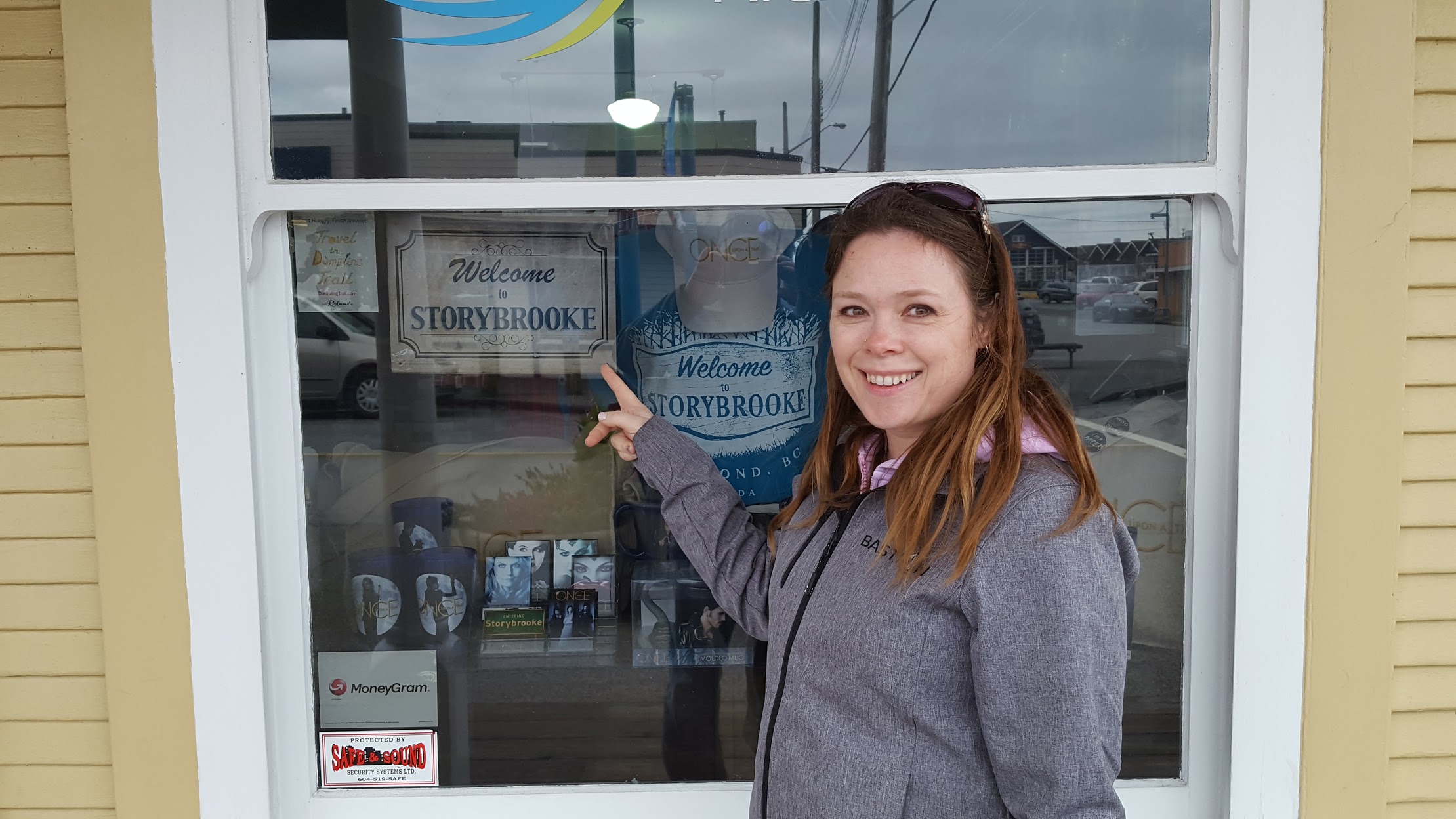 The cast wasn’t filming that day, which was just as well as we basically just wandered down Moncton Street to see the rest of the place.  It was a little strange being there in person since I’m so used to watching it on TV but even though I had never been there before it felt familiar. 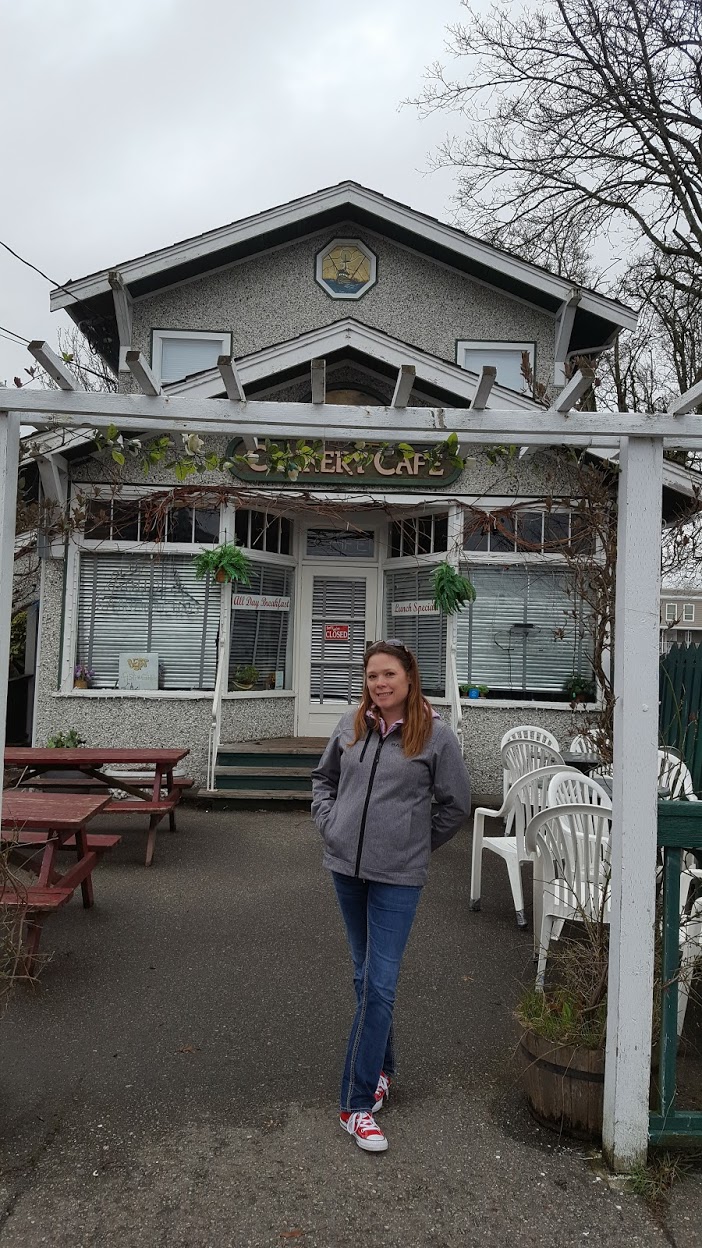 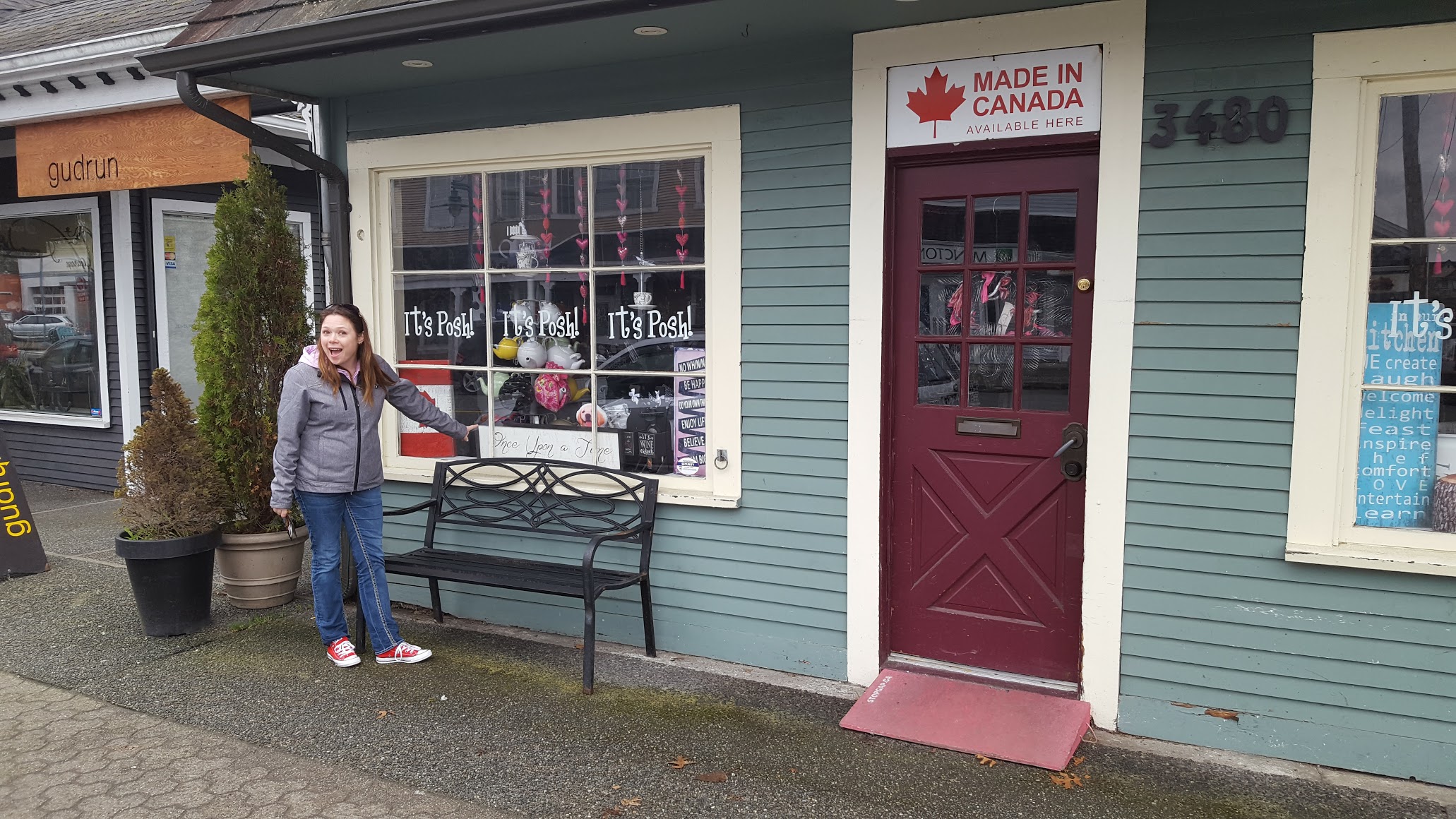 Outside of “Mr. Gold’s Shop” 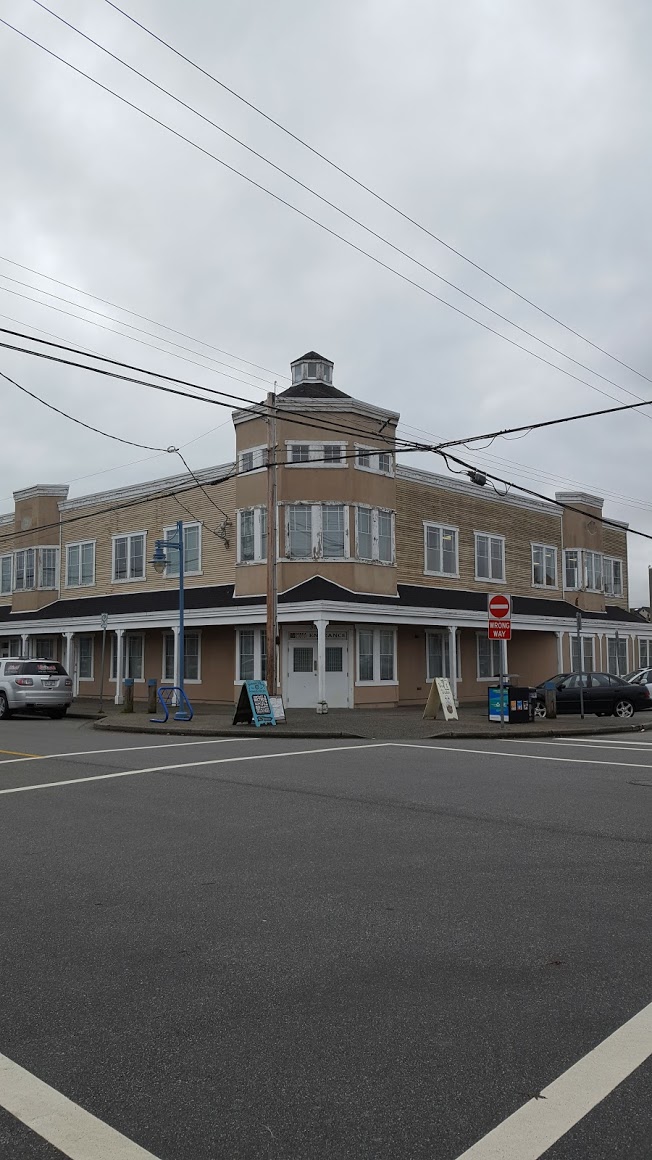 Actually, a lot of our favorite shows film in and around the Vancouver area.  Ever heard of Supergirl, Arrow or “The flash”?  A friend of mine shared this website with a list of metro Vancouver filming locations for movies and TV shows and as luck would have it they were filming “The flash” so we went and took a peak.

Before we headed out to Surrey we found “S.t.a.r labs” which is actually BC Place. 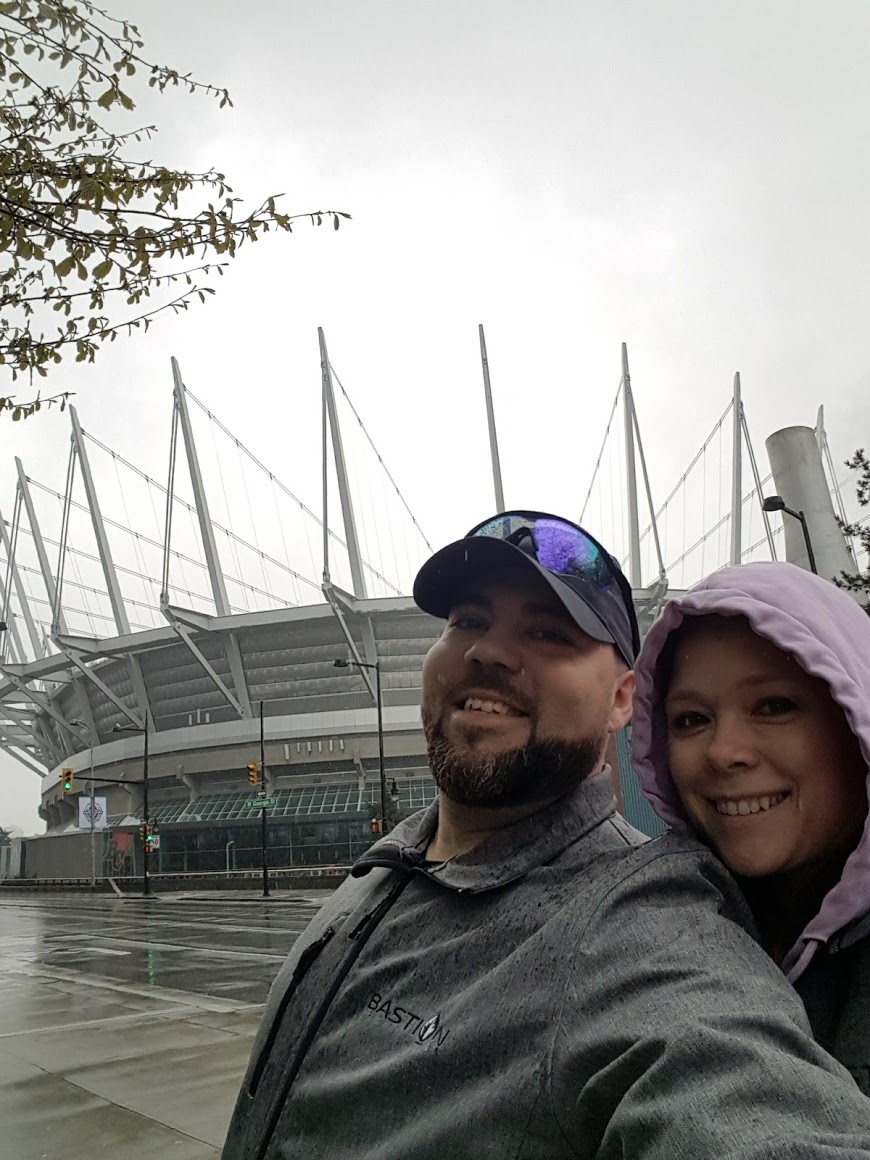 Eurika!  We found where they were filming “The Flash”.

It was a closed set so we couldn’t talk to the actors but it was pretty exciting to watch. 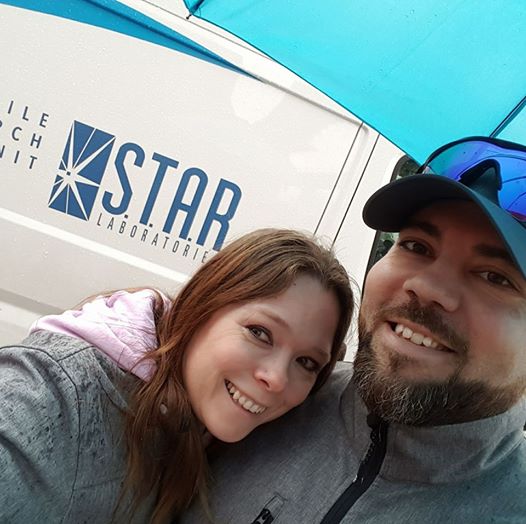 They were filming “The Flash” on location at the Surrey City Hall so we hid out of the rain and watched the filming from inside the library (which is a gorgeous building!!).  Here are a couple of the photos we snapped while we watched.  I’m not sure what episode they were filming but I can not wait to watch it! 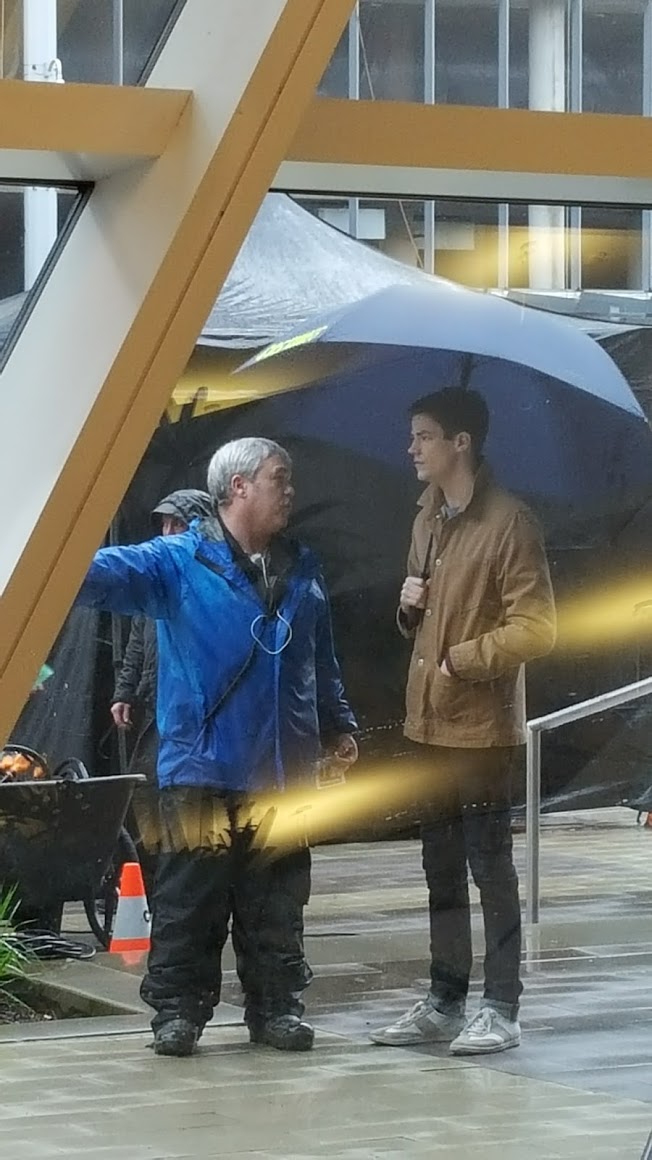 Grant Gustin (Barry Allen) is in the brown jacket. 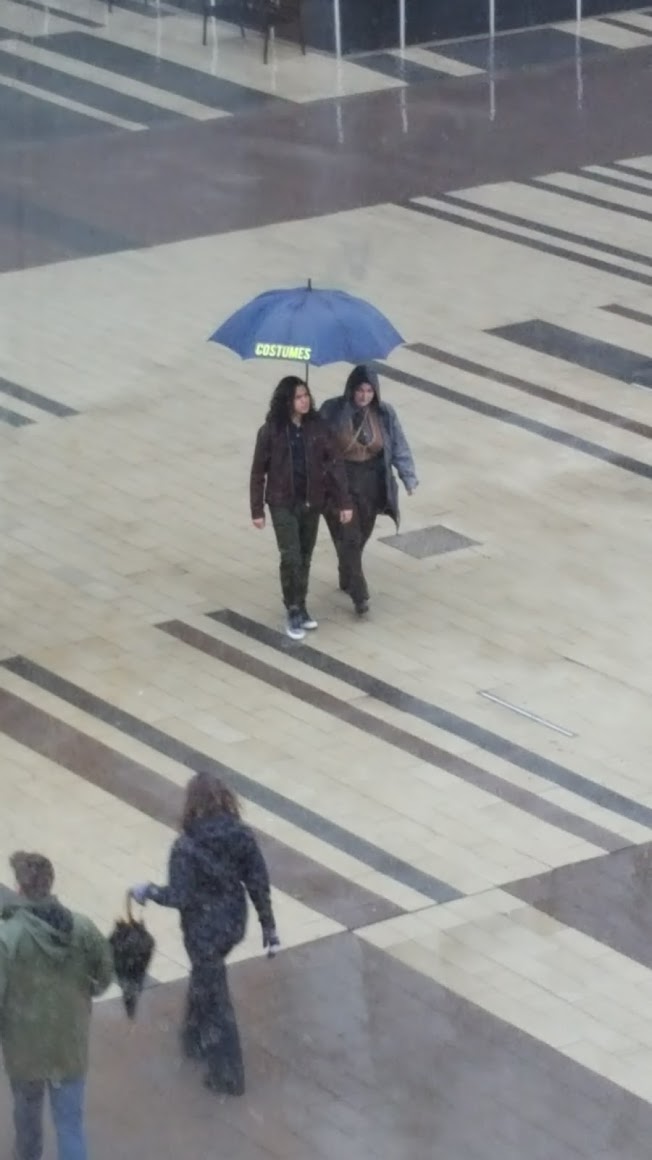 Carlos Valdes (Cisco Ramon) is on the left. 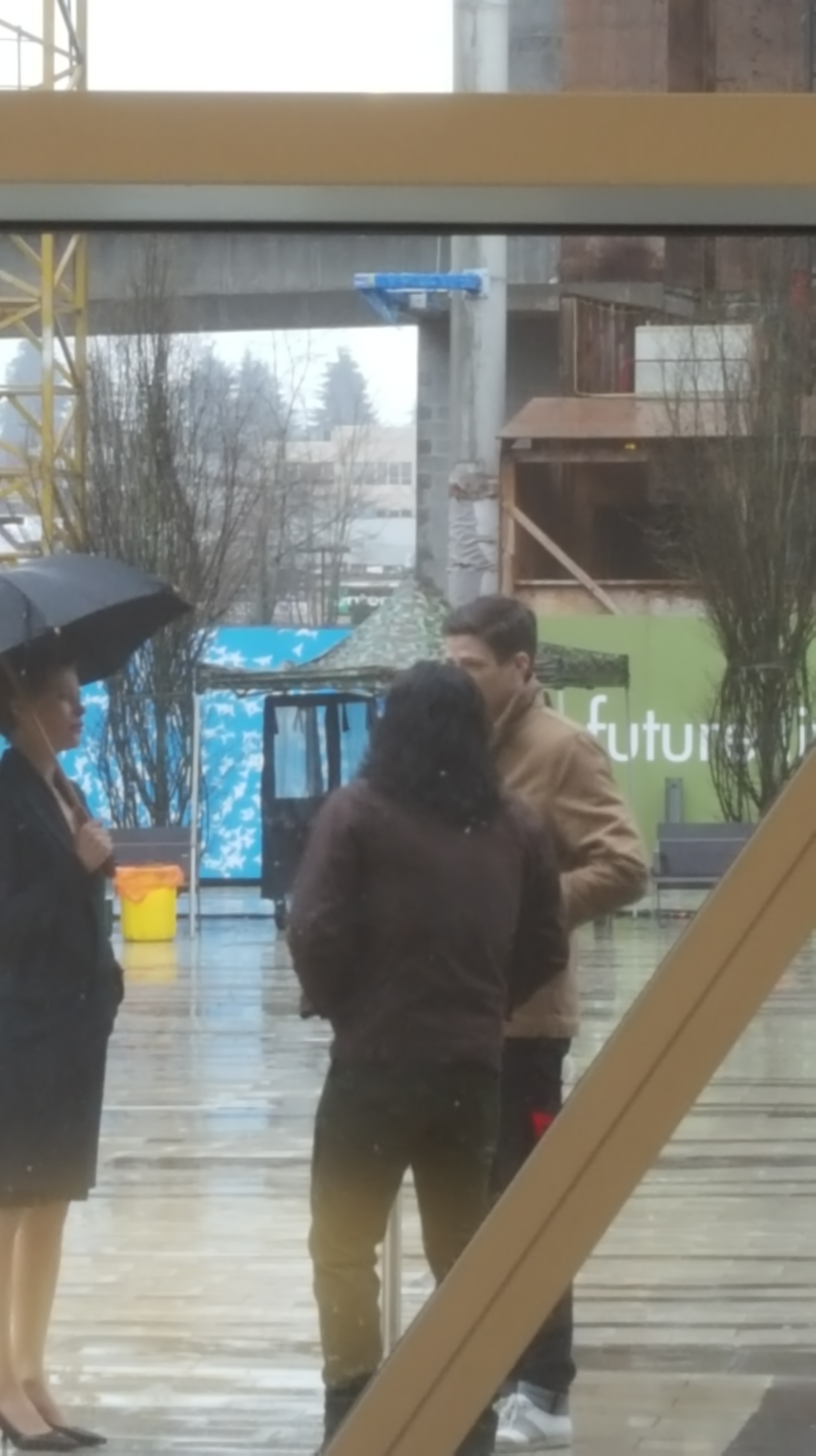 It was pretty fun to watch the filming but we only hung out for a little bit.  There really isn’t a lot you can see from a library window and you couldn’t hear anything they were saying either.  Even though it was raining I still needed to see the ocean. 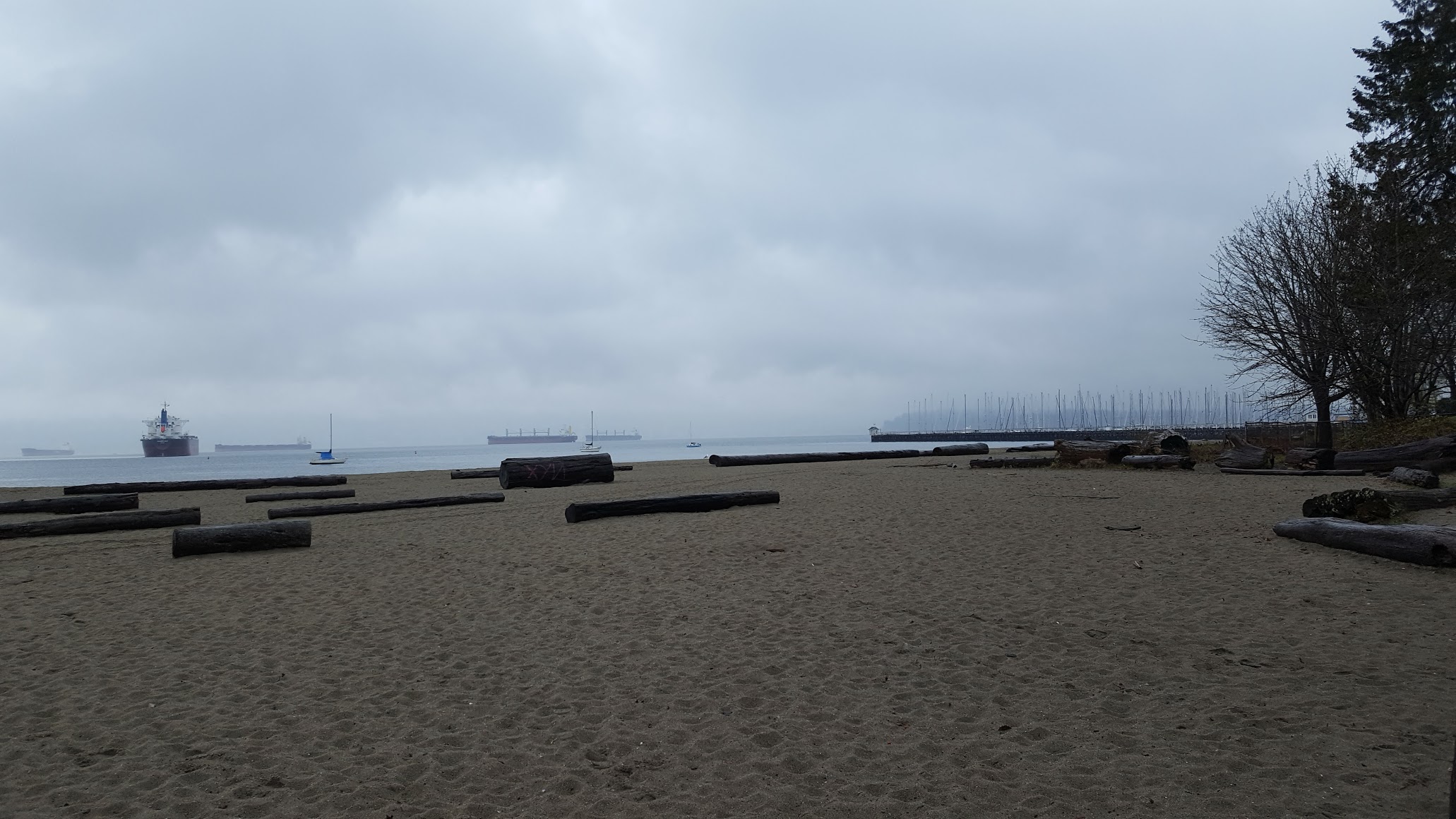 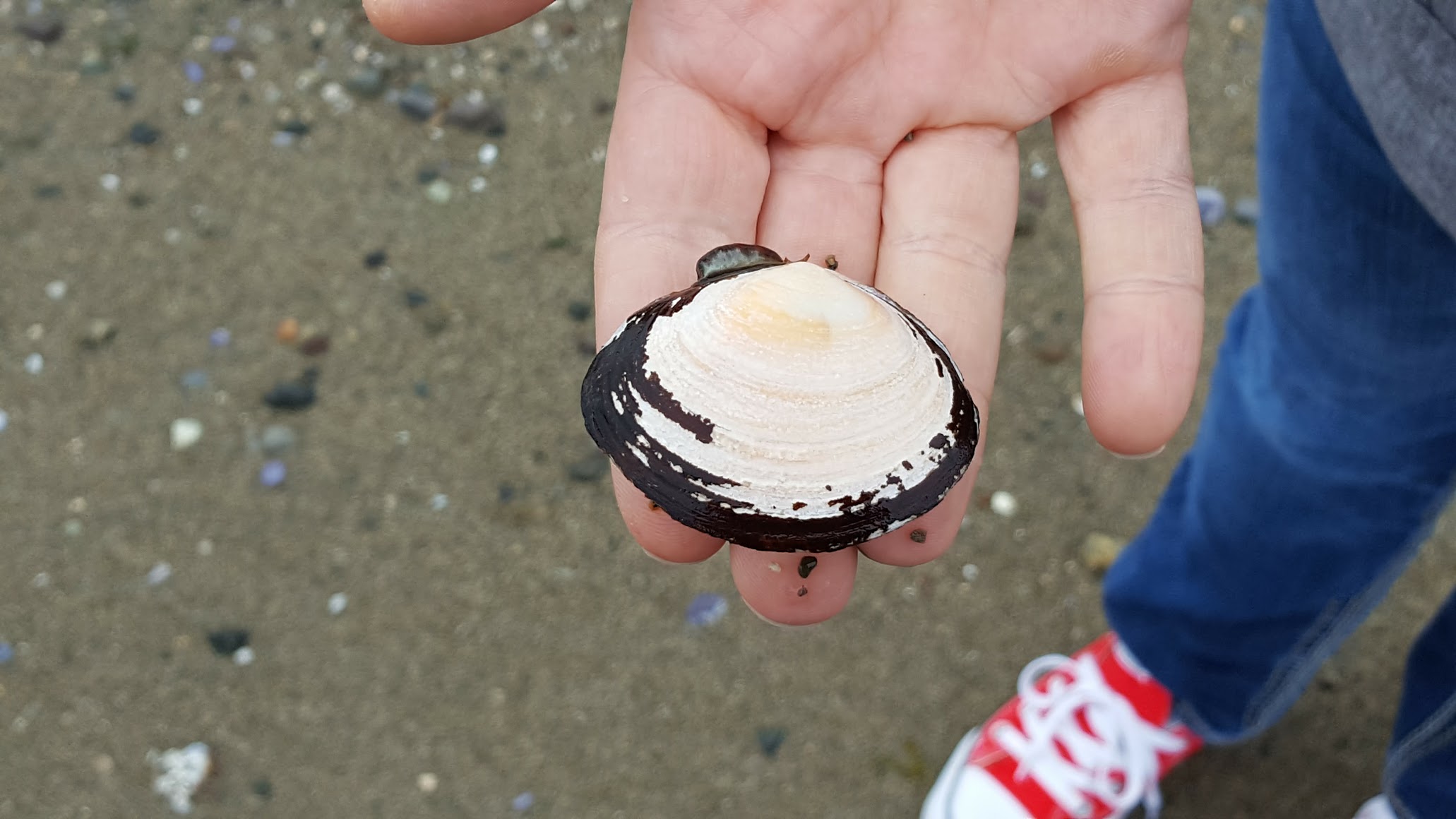 “Found a clam so I tossed him back into the water”

What have you been up too?