The candles on my 40th birthday cake have long been snuffed out & the 40 pink bras adorning my front yard disappeared.

Much to the surprise of my daughter who at first was horrified and beside herself that they were even there to begin with. 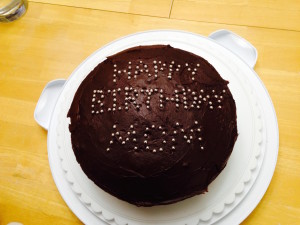 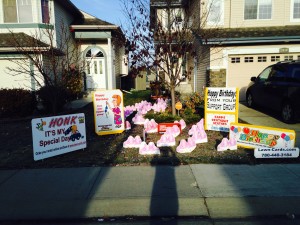 Much to my surprise gosh darn it, turning 40 wasn’t nearly as bad as I imagined it was going to be.(That one surprised me) if anything it’s better.  It’s been One surprise after another!

First my hubby surprised me with a this gorgeous necklace 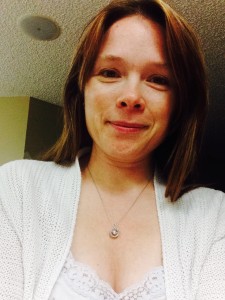 Can you see why this little sparkler left me speechless?!?

Then throw in a whirl wind “40th birthday trip” to the happiest place on earth!

Yes, we went to Disneyland.

It feels like forever ago even though we have been home a few days already.

Because we have young children any “surprise” trip really isn’t much of a surprise. child care needs to be arranged and schedules need to be adjusted so I knew before hand we were sneaking off without the kids.

The hard part was not telling the kids until the night before we left.

One of my daughters worries and frets over every thing so we walk a fine line between giving her just enough information and not giving her too much. She’s the kid that if you tell her you’re going to grandma and grandpa’s house in two weeks she’ll pack five minutes later and then worry that she hasn’t packed appropriately.

I’m usually the one that does the vacation planning and prep but because it was a surprise all of that was taken out of my hands and my hubby planned everything.

The day we left I was scrambling to and find eTicket’s Hidden in my husband’s email along with catching up on a mountain of dirty laundry and packing for a California adventure.

That still small voice prompted me to check over our travel documents and because I listened we avoided some glitches along the way.

for example: our nationality change from Canadian to Danish. I wonder what my name sounds like in danish?Can you imagine explaining that at customs?

another mistake that could’ve been more costly were our “included transfers” from the airport to our hotel. Luckily I caught that one early and had a chance to contact WestJet vacations so they were the ones that had to scramble to find us a new shuttle service. (the original company last shuttle for the day left an hour before we were scheduled to landed.) Oops!

I don’t even want to know how expensive a cab ride would be from LAX to Anaheim would be.

Finally we were off! 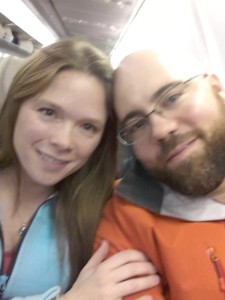 When the west jet ticket agent learned we were traveling for my birthday she changed our seats and bumped us up to the “plus seats”. we enjoyed more leg room, free food & alcohol beverages from Calgary to LAX.

(Which by the way is the best way to fly ever.)

Normally I love to fly but this trip was exceptionally rough.

The first leg of our adventure I was convinced that  I was coming down with a sinus infection. The pressure behind my eyes and nose felt like my entire face was going to explode!

The second leg of our flight wasn’t any better and the pain seeped into my gums and  left ear.

We found the nearest pharmacy first thing the next morning for homeopathic ear drops ( seriously America! haven’t you guys heard of Polysporin eardrops? they work like a dream?!?) more Motrin for pain and Anbesol to rub on my gums.

I felt like a hot mess.  Seriously, how attractive could I have possibly have been when I am reminding my hubby I need him to drop my ear. *shakes head*

But I didn’t let and of that destroy my three day Disney vacation!

Last November we had a chance to see California Adventure and Disneyland all decked out in their Christmas finery  so this was our first chance to get a glimpse of Halloween in the park.

Unfortunately we didn’t get a chance to go to Mickey’s Halloween party because the tickets for that sold out months ago.

But I have to say Disneyland without kids is a unique experience! 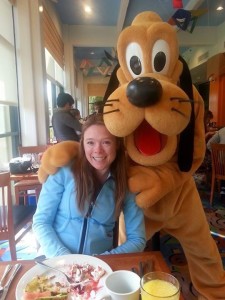 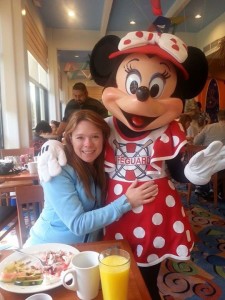 We had a meet and greet with ” Elsa and Anna” (Frozen).

Rode on all the rides that we didn’t get a chance to go on last time when we with the kids.

I had to laugh, my husband claims he isn’t a ride guy but he actually is!

We ate more ice cream then I do in an entire year, we laughed and enjoyed the silence of just the two of us.

I had a great time even though I was doped up on pain meds.

We rented a car and took a day trip to Santa Monica where we walked along the beach found the original location for muscle beach and got more ice cream on the pier.

We drove down rodeo drive and gawked at the fancy expensive stores and drove thru Beverly Hills.

You know just a bunch of touristy stuff the day before we had to go.

I finally felt that I was unwinding and relaxing and then we had to fly back!

Thankfully the plane ride back wasn’t as awful as the ride there which was a blessing.

We both were super excited to see the kids and hear all about their adventures while we were away.

A quick trip to the doctors the first day home and  I learned the ear drops and sinus medication were useless.

No ear infection. She recommended a trip to the dentist. Did I mention I hate the dentist?

I see the dentist Monday for X-rays to rule out an infected tooth. (Ugh) who knew a tooth could hurt THAT much!

Because we were gone during Halloween we never carved a  jack-o-lantern or purchased outrageous amounts of candy. no one was going to be home and it seemed wasteful and unnecessary.

But  the kids didn’t miss out on anything while we were gone.

They went trick or treating in the mall with their big sister so they didn’t have to wear their snowsuits with the I costumes.

They had a Halloween candy hunt over at Nani and Gwa’s (grandma and grandpa’s) house and rounded out the evening with carving a double sided pumpkin.

The halloween candy is bagged and except for sneaking the odd piece Or two I have managed to miss most of the Halloween craziness.

So now … obviously the holiday madness begins to hit levels of pure crazy!

Already my friends on Facebook have been reminding me I have just weeks to shop and plan for Christmas.

The stores are overflowing with all sorts of Christmas goodies.  We have “started” but we have three birthdays to get thru first!

I have a castle cake to bake, cool for an hour and then decorate.

And a dozen cupcakes to bake and frost.

And loot bags to buy and stuff. And a party menu to plan…

Which isn’t going by itself…

Now would be an ideal time for my fairy godmother to show up!