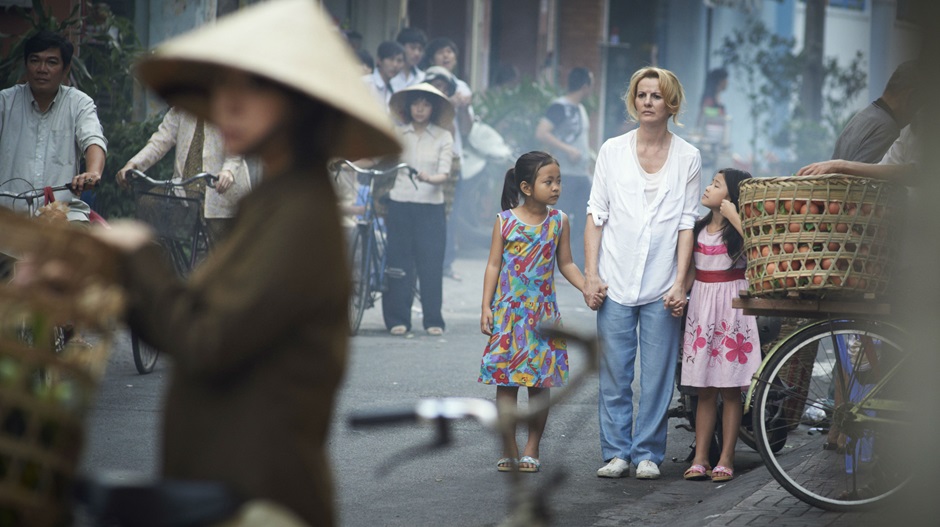 NOBLE, the award-winning feature film, is the incredible true story of a fearless Irish heroine driven by her daring vision who escapes the slums of Dublin, Ireland and risks everything on the streets of Vietnam.
To get you excited for the movie here’s a little sneak peak!
Winner of six U.S. film festival awards, including the Panavision Spirit Award at the 2014 Santa Barbara International Film Festival, the powerful biopic drama written and directed by Stephen Bradley is heralded by critics as “raw and genuinely powerful,” “captivating” and “moving.” The Hollywood Reporter calls it “a joyful and rousing affirmation of the human spirit that will resound widely.”
NOBLE, in theaters May 8, stars Deirdre O’Kane (Moone Boy, Paths To Freedom), Brendan Coyle (Downton Abbey, The Raven, Ailsa), Sarah Greene(The Guard, The Cripple Of Inishmaan), and Liam Cunningham (Game Of Thrones, Hunger, Safe House). 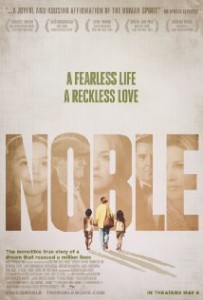 I was given an advanced screening of the movie Noble by Different Drummer all opinions are my own.

What the movie is about:  Vietnam. 1989. Fourteen years after the end of the war. When Irish woman Christina Noble flies into Ho Chi Minh City (formerly Saigon) she leaves behind an extraordinary life story. But the best is yet to come. Christina lands in a country “that she wouldn’t be able to show you on a map”. With a few dollars, a dream and her own hard-won courage, she is about to change everything.                  For hundreds of thousands of people. Forever. NOBLE is the inspirational true story of a woman who believes that it only takes one person to make a difference. And of how she is proved right.

Movie rating: Noble is rated PG-13 mostly for a few scenes of sexual violence and abuse. A woman is seen being apprehended and taken behind closed doors by a group of men, where it is implied she is gang raped. The same woman is later seen with bruises and evidence of being in an abusive relationship.  In Vietnam scenes, implied sex trafficking is a common occurrence, with older men seen leading young girls into hotel rooms. Mild language dots the film’s dialogue and heavy themes abound.

What I thought: A film like this is difficult to review, being a fact-based story about an extraordinary woman, whose actions have greatly improved the lives of young children in dire circumstances.  I think this is a hard film to watch not only because of the hardships the lead faces, but also the children in Vietnam.

Noble is faith oriented film showing Christina’s conversations with God at various points in the film.       Her prayers are honest, a refreshing expression of the messiness of trying to follow and listen to a God who sometimes seems silent.

Would I recommend it: Yes! This film is definitely worth seeing for a life story that is so incredible it seems like fiction.  This film has a lot to say about courage, perseverance and hope.

For more information check out the Official Movie site

Look for the film in select theaters starting May 8, 2015.

You can also check out the film on facebook