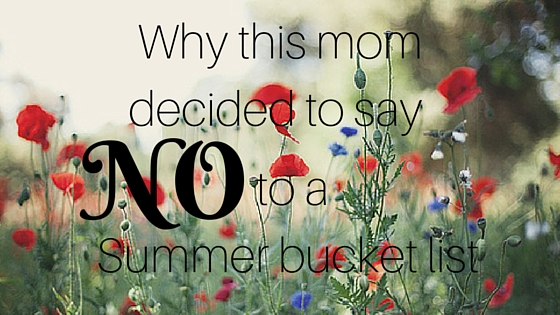 These first two weeks of June have been really relaxing, which has been so nice! I haven’t done anything significant or gone anywhere, but I have been doing things that are bringing me closer to my goals and I have also been working on my own positivity and not worrying about little things (it’s a work in progress, but I’m getting better at it!).

I’ve actually been spending a lot of time out on my deck, digging in the garden, reading, and soaking up the sunshine. I’ve been reading my Bible a lot lately, and it’s helped me to stay grounded and stay inspired. 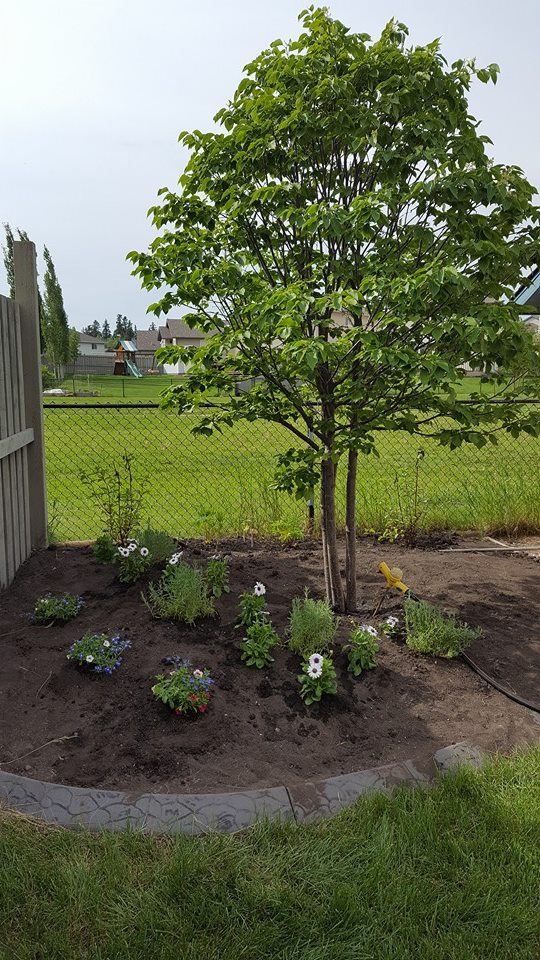 You can’t really see them but I planted two strawberry vanilla hydrangeas along the fence line along with Jessica’s sunflower that she brought home from school.  Along the front we have some lavender, purple eyes along with a splash of colour.  I also planted a couple of lupine plants that are just starting to bud.

And then it dawned on me… it’s JUNE!!

It’s also the time of year when you’ll see so many summer bucket lists. We made one last year and it turned into a entire summer series… but this year?

I saw all the adorable summer bucket lists splashed all over Pinterest, I thought maybe I should make one, too. They’re filled with fantastic ideas but this year?

That’s just not my house.

We are going to do some really cool things this summer that I never would have thought to put on our list, like a weekend trip to New York City to take in a Broadway show.  We are taking the kids to Ottawa to see the Parliament building for Canada Day. The kids are going camping for the first time in Northern Ontario and we have planned a couple of week long day camps to help fend off the boredom but, that’s where the planning stops.

The rest of the year is filled with to-do’s. Between School, Bible study, gymnastics, Fencing our schedules keep us busy. We don’t have as much time for the want-to’s and isn’t the entire reason behind making a summer bucket list is to get as many of them as possible during the summer. And it’s not like each of us doesn’t have in our heads an unwritten list of the things we want to do this summer. Anyone up for a float down the Pembina river?

But for me, I want this summer to be different.  I want the  kids to be able to look back and remember all the fun we had instead of looking at the items not crossed off our summer bucket list and be disappointed.

So this year, this mom is saying No to a summer bucket list.. only time will tell if it works or not but for now simplicity wins.