NOMINATIONS ARE OPEN! SHOW SOME LOVE FOR MILITARY VETERANS 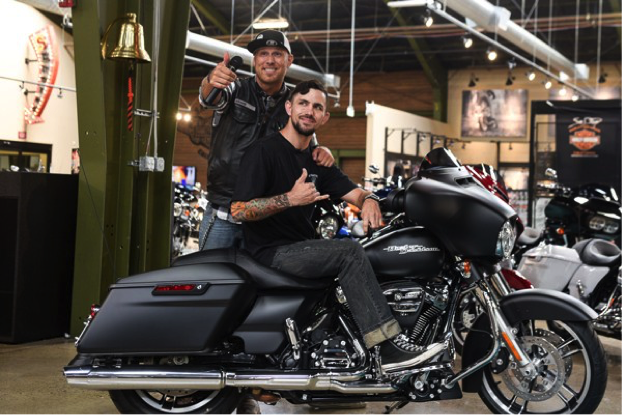 Veteran Shane Kruchten was the first recipient on the MISSION: THANK YOU tour and was honored at a ceremony in San Diego in May.

This summer Adam Sandoval is hitting the road with Harley-Davidson for a cross-country ride to honor those who have served and give away bikes to eight lucky vets. Adam is an avid H-D rider, and he and his chihuahua Scooter have crossed the country in support of military vets. His ScootinAmerica initiative has raised awareness for several veterans organizations, and he’s honored to partner with H-D to bring relief to more riders. He understands that riding can be a relaxing, restorative hobby for vets, especially for those suffering from PTSD. 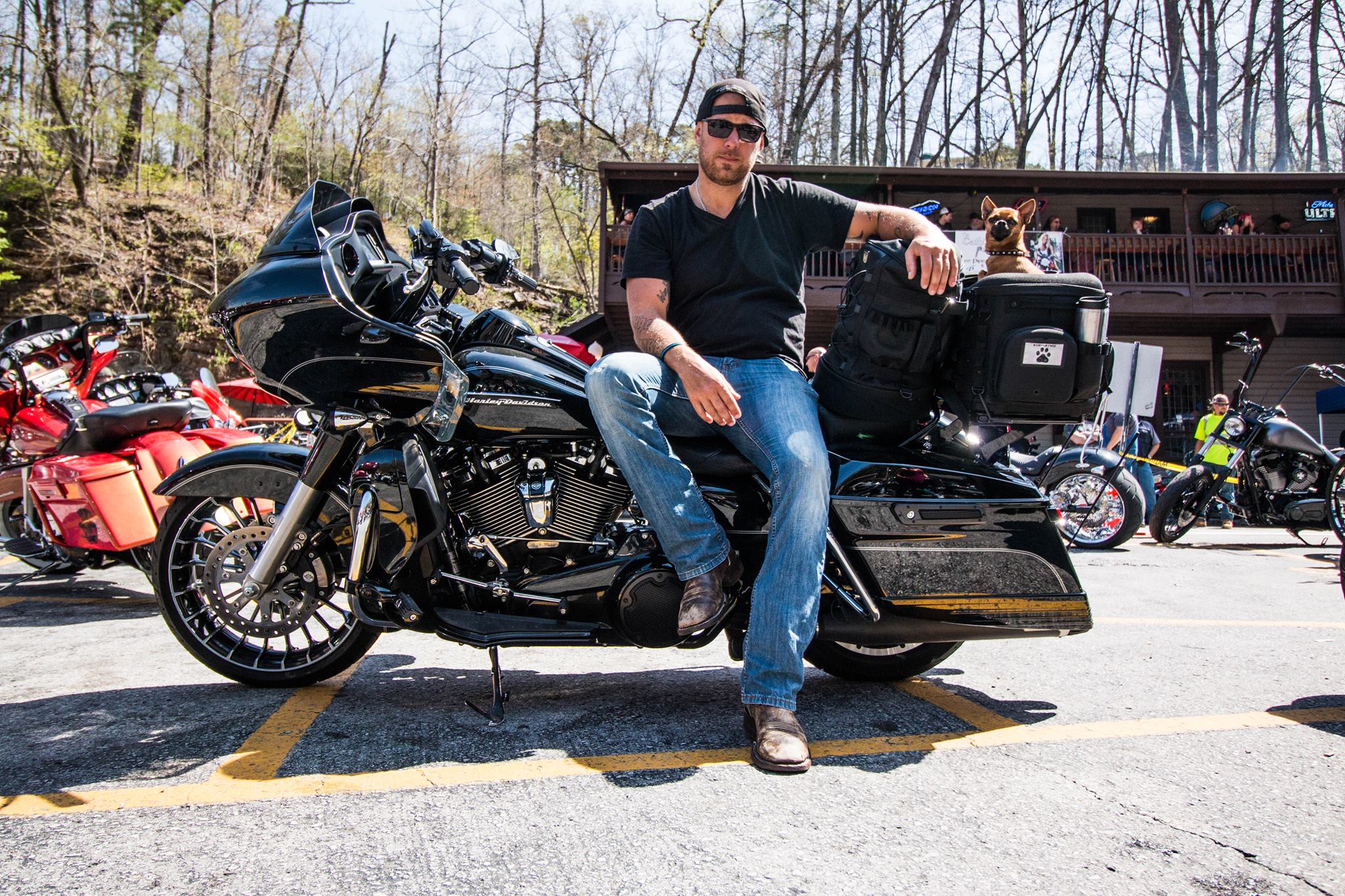 A Q&A WITH ADAM SANDOVAL

Harley-Davidson believes that every American should be able to experience the profound freedom of motorcycle riding, especially those who risk their lives to protect our freedom. To show its appreciation and support for military personnel, Harley-Davidson has partnered with Adam Sandoval, founder of ScootinAmerica, and the Wounded Warrior Project for a cross-country ride where they will give away new motorcycles to eight lucky veterans. Adam recently spoke with us to about this project —MISSION: “THANK YOU”— and his upcoming stop in Los Angeles.

Q: How did your journey begin?

AS: I hit the road in November 2014 with my Chihuahua, Scooter, to visit every Harley-Davidson dealership in the lower 48 states to raise awareness and money for our military and their families. A lot of bikers are veterans, and riding is sort-of wind therapy, especially for those with PTSD. Scooter and I rode over 80,000 miles during our two-year journey, raising $300,000 in donations in the process.

AS: Scooter and I are hitting the road with Harley-Davidson to thank those who have protected our freedom. We’ll be honoring a total of eight deserving members of the military with a free motorcycle powered by the new Harley-Davidson Milwaukee Eight Engine. I think this might be the most impactful trip of my life.

Q: You already kicked off the tour in San Diego. What was the first stop like?

A: It was great. I had the pleasure of presenting Shane Kruchten with a new motorcycle during my time there. He was wounded while serving in Operation Iraqi Freedom, and riding his Harley-Davidson helped him cope with his PTSD. The experience was a reminder of why I started my journey back in 2014, and it’s great to partner with Harley-Davidson to do this for veterans. I can’t wait to do it again in L.A.

Q: Why did you choose to partner with Harley-Davidson on MISSION: “THANK YOU”?

AS: Harley-Davidson does so much for our veterans and active military. For example, they offer the Harley-Davidson Riding Academy New Rider Course at a discounted rate for military personnel and first responders and their spouses. There’s also Operation Extend the Ride, which extends factory warranties by the number of days you’re deployed. As a Harley-Davidson rider myself, it was an obvious choice to partner with them for a cause I’m so passionate about.

Q: How can people get involved with MISSION: “THANK YOU”?

AS: Folks can go to my website, AdamSandovalRides.com, until early November to nominate deserving military personnel. They can even nominate themselves! A panel consisting of representatives from the Wounded Warrior Project, veterans working at Harley-Davidson and myself will select seven more military members to surprise with a new motorcycle this summer and fall, with the final bike being awarded in New York City on Veterans Day prior to the world’s largest Veterans parade. I also urge everyone to listen to the stories of any veterans they know, follow my ride on social media and share the mission with their friends.

Anyone can nominate an active military member or veteran to MISSION: THANK YOU by submitting their story of sacrifice, strength, and courage to http://missionthankyou.com. Adam will be part of the group reviewing and selecting deserving patriots for the award.

« Summer Bible study: Entrusted by Beth Moore
Cool Summer treats: 3 recipes to make your next party a sweet- and special- one. »