Nothing says summer like a big scoop of delicious ice cream, the summer heat is still around and ice cream is always a perfect way to cool down at the end of the day.

Today, we have a guest poster sharing one of her favorite recipes: Homemade Coconut Oreo Ice Cream, no machine required! 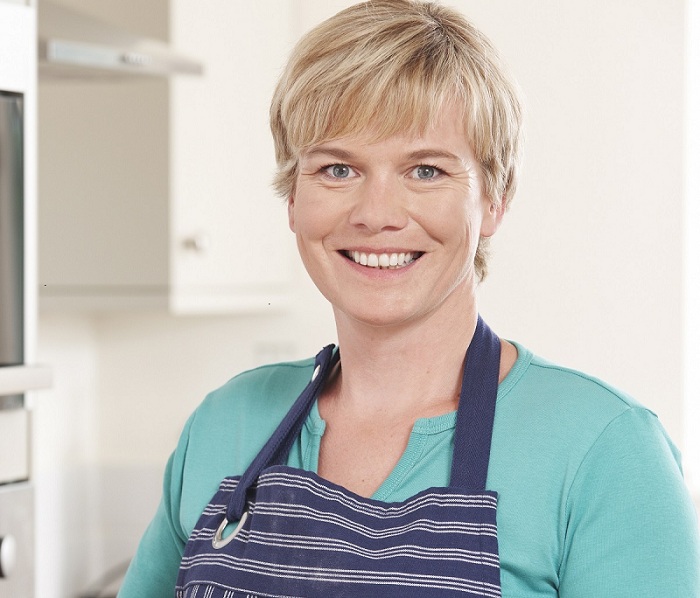 “Hi friends, it’s great that you’re here. I’m Susan from Cook The Stone. I really enjoy staying in the kitchen to make tasty meals for my family. Hope my post shared today can help you have a great time with your family, especially your lovely kids. I will very appreciate if you can encourage me by leaving comments and advice below. Thank you!” 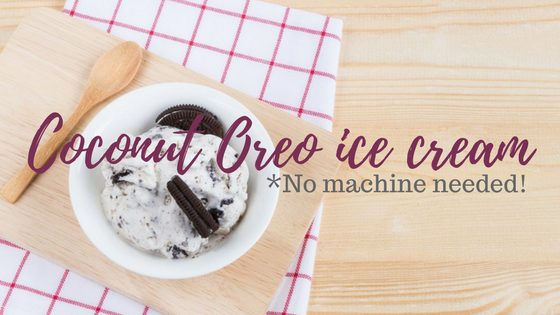 Save a lot of money by learning how to make your own ice cream. This coconut Oreo ice cream recipe is very simple to prepare but yields a very delicious dessert.

With temperatures soaring to 100 degrees Fahrenheit, don’t you just wish you can easily grab a cup of ice cream to beat the heat? Of course, you can go to a nearby store and buy a tub of ice cream. But wouldn’t it be nice if you know how to make your own ice cream?

There’s no denying that ice cream is one of the most popular desserts in the world.I think it is more popular than the French confectionery macarons and yes, even classic pudding. As a kid, it was one of the few things that could make me stop crying. Up to this day, I can’t get enough of this sweet treat.

The history of ice cream

Did you know that ice cream goes all the way back to the ancient Greeks? In the 5th century BC, the ancient Greeks were said to have eaten snow mixed with fruit and honey. This is considered the precursor to the modern-day frozen delight we know as ice cream.

In fact, Hippocrates (also known as the father of modern science) was said to have encouraged his patients to eat ice because it can increase well-being.

The ancient Persians were also said to have enjoyed a treat that’s similar to ice cream. The chilled food consisted of rose water and vermicelli with flavors like saffron and fruits. It was served to kings and queens during the hot months.

The ancient Chinese also had their version of the ice cream, a frozen mix of milk and rice that is said to have been in existence as early as 200 B.C.

However, the earliest known written ice cream recipe was handwritten by Lady Anne Fanshawe in a recipe book published in 1665. It was flavored with orange flower and mace.

Chocolate ice cream was first documented in a recipe book called The Modern Steward in 1692. The recipe was derived from hot chocolate mixed with spices such as chili pepper and cinnamon. 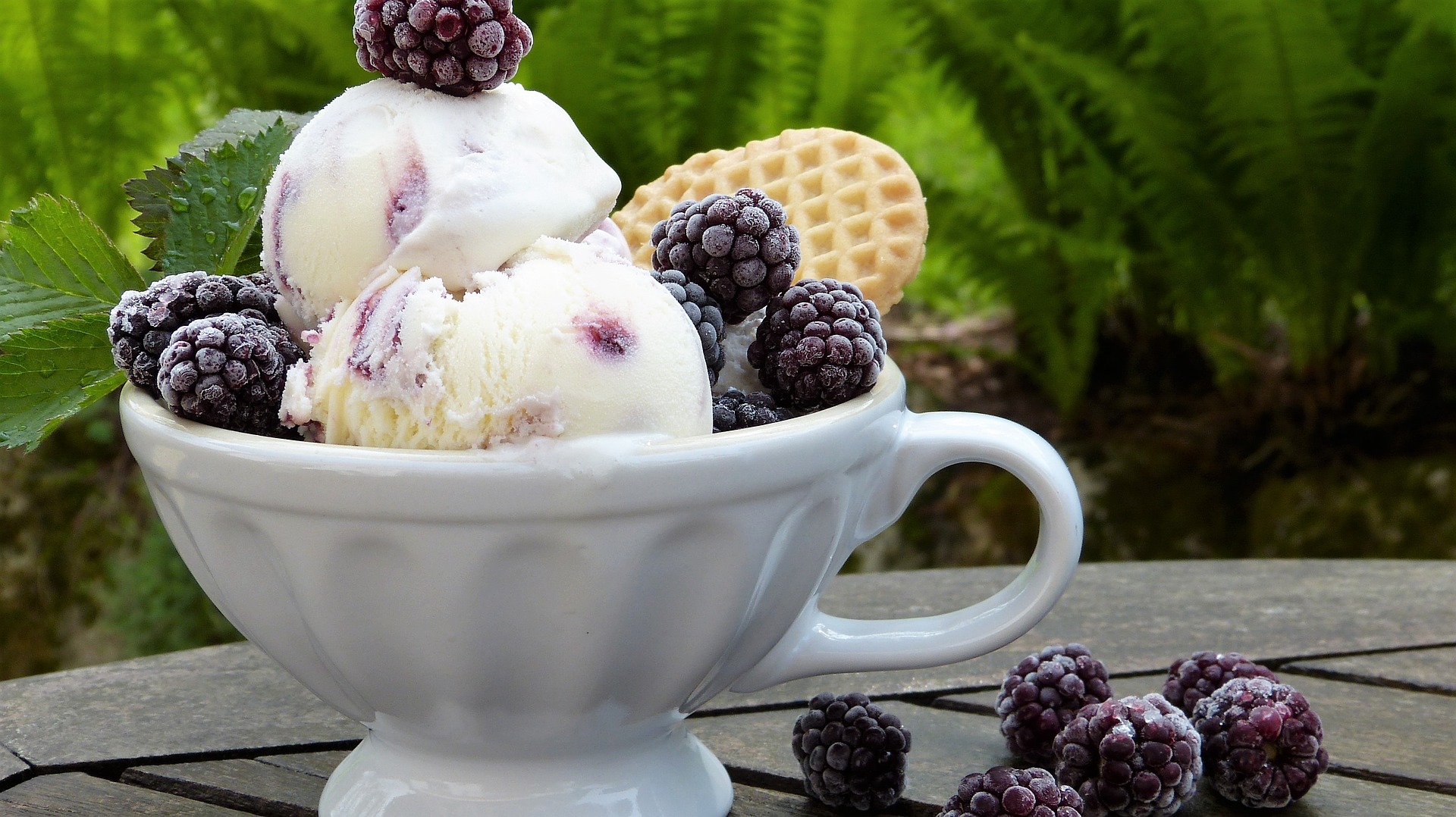 To say that ice cream is popular worldwide would be a huge understatement.

In fact, in the US alone, more than 1.5 billion gallons of ice cream were produced. The International Dairy Foods Association estimates that the average American consumes over 20 liters of ice cream annually.

The ice cream industry in the US is so big that it creates close to 200,000 jobs across the country and nearly $40 billion to the economy.

If you’re interested to find out how much ice cream is consumed in your country, you can check it here.

There are many ways of making ice cream without the use of an ice cream maker. One way is to peel and slice bananas then freeze them for 2-3 hours. You’ll then blend the frozen bananas until it turns into ice cream.

You can also pour heavy cream over a frozen fruit puree. The fruit immediately freezes the cream which gives you an instant ice cream. 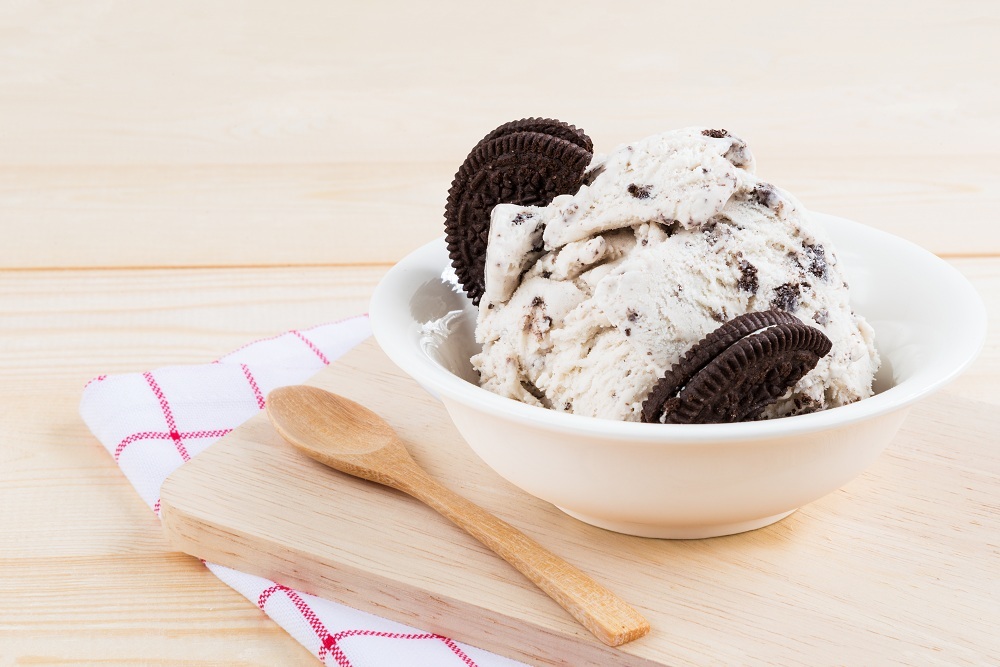 Let’s now go to the coconut Oreo ice cream recipe I learned from a friend. Take note that you can use any other cookie for this ice cream recipe; I just used Oreo cookies because I particularly love the brand.

You can also use thickened cream in making homemade ice cream like coconut cream. But I used coconut milk because one, coconut is an excellent base for just about any recipe. Plus, it is fatty and thus enhances the texture of the ice cream. The cream will be easier firmed, you don’t need to worry that it’s melted easily.

This is a recipe that I figure you’ll be able to finish in less than an hour. It can make 3 servings.

That’s it! You now have a homemade ice cream that you can share with your friends and family members.

Ice cream will always be a hit, especially during the summer months. Instead of buying ice cream, why don’t you make your own ice cream at home? Try the recipe that I shared with you and save a lot of money in the process.