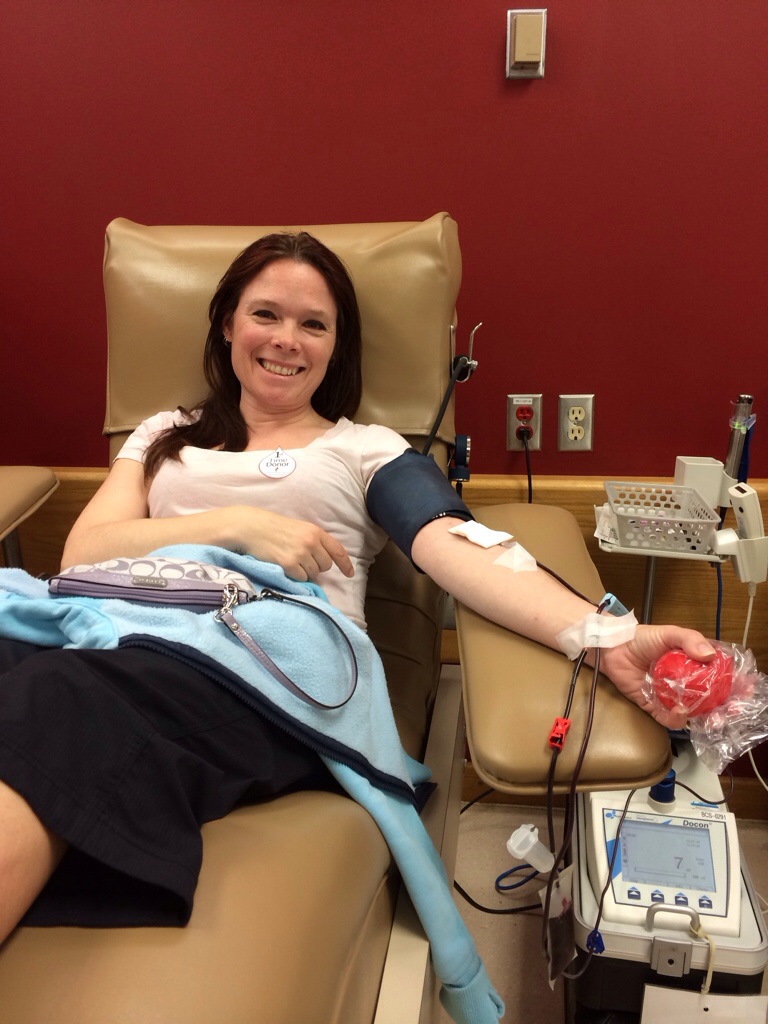 I’m notorious for trying to squeeze everything and anything into one day.
Just one more load of laundry before bed.
One last wipe of the countertop before I head up stairs for the night.
One more story.
One more chapter.
One more episode.
You get the idea.

I have discovered the hardest person to say “no” too sometimes is myself and sometimes I bite off more than I can chew.

This past weekend was probably one of the craziest I have experience in awhile and I would do it all over again and here’s the reason why.

I have this friend.
She’s a crazy redhead with an amazing heart. She loves life & plays hard.
A mother just like myself.
We met when we were both ” baby Christians” and instantly formed a bond as we learned to walk in this new life. Life got crazy and we decided to move to a new city but My friend and I have stayed in contact over the years.
We don’t see each other as often as I would like but thanks to the World Wide Web we are still connected. I have watched as she welcomed each of her four babies into this world and she has watched mine too.
Sharing everyday life with all of its uniqueness that only life brings.

Awhile ago she started posting Facebook status about her daughter, Lauren.
Asking for prayers for relief from a fever that just wouldn’t leave her little girl alone and pain relief from what many thought were growing pains.
The mom I’m in me came out and I worried for her and prayed for her.

When Lauren’s diagnosis came I wept for my friend and for her daughter.
Stage 4 neuroblastoma is a cruel diagnosis for anyone but a 4 year old little girl?
I can’t pretend that I understand. I could never fully understand, could I? I’m not sure I would ever want to. But I can imagine. I’m a mom, too, and I can imagine. I’m imagining my own daughter and the thought of going though what she is and well, it’s the most pain that anyone could inflict. The biggest horror. My worst nightmare. Even the imagining makes me cry, and for me it’s only a scenario. For her it’s real life.
We are praying and believing that the God who set the stars in their places will heal their little girl.
That all traces of cancer would be eradicated from her sweet little body and there would be no more treatment needed.
I refuse to google anything and let fear take root but I run to the cross giving it all to the one who made her because that’s all I can do.

While they are fighting for their daughter we have watched both friends and strangers come together to help.
My oldest daughter spearheaded our own “little” bottle drive that has already raised well over $500 overall (our first trip was $250.00 with $70.00 in cash donations) with no signs of slowing down. Bags of bottles find their way into our backyard just in time to be counted and taken in. 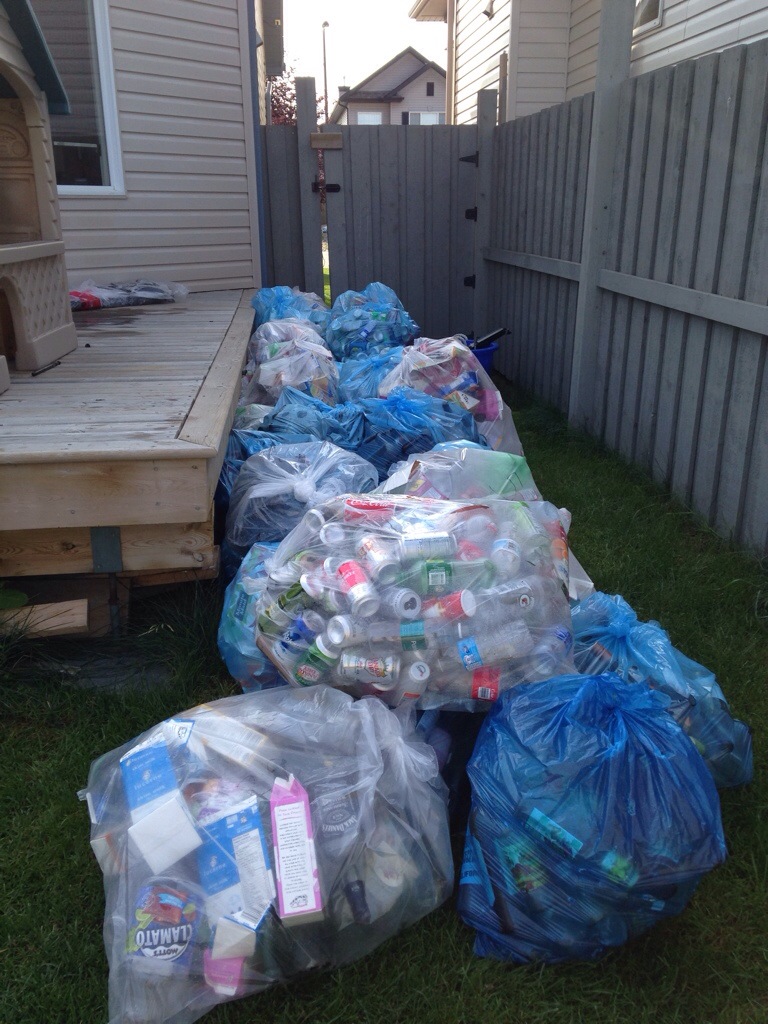 Just when you think you’ve seen it all there’s a knock at the door. Standing there is a petite blond woman with six black garbage bags stuffed full bottles holding a blue envelope in her hand. The note meant to bring encouragement and hope along with A few gift cards to the local grocery store to help with the financial burden cancer seems to bring with it.

She heard Lauren’s story and it touched her prompting her to reach out to a family in need.

We all are reaching out.

We all want to help in the most practical ways.

For me I needed a more tangible way that will help not only Lauren but others just like Lauren.
Something I have been talking about forever but have never made the time to do it.
Which brings me to how I got my first “fang-over”. I Say that jokingly because I referred to my appointment as seeing “the vampires”.
Cheesy I know but this was the first time I had donated blood.
(When Can you tell one of my must watch TV shows is true blood?)
The process itself is a series of questions.
A quick poke in the finger to check my hemoglobin and when she was satisfied with the results she handed me a booklet to read and a questionnaire to fill out while I sat and waited to see the nurse.
Some of those questions are quite entertaining.
“Have you ever worked with monkeys or handled their fecal matter?” Hmm…I run a day-home. Do the children count as monkeys?

The nurse checked my temperature and blood pressure then she asked me even more questions that made me raise my eyebrows.
Umm no, I have not slept with a man who had slept with a man.
ever.
Christian woman here…happily married!!
She explained in private I had to stick either the “yes,use my blood” sticker or a “no, do not use my blood” sticker” then fold
The paper over and tuck it into the garbage beside me. Then she left he room while I placed my “yes,use my blood” sticker.
When she came back in the room she handed me a plastic bag filled with tubes and a small collection bag. Off With my bag of goodies I sit down and drink more juice.

Then I was hustled back to an over-sized chair and another nurse
hooked me Up.

Donating took 7 minutes.
489ml drained and I was done.
After I was disconnected I went back to the tables and polished off a small bowl of chicken noodle soup and some cookies before my oldest* and I left. I had seen one woman faint and one nearly faint while we were there.

I was a little tired but had convinced myself “I didn’t have time to be tired”.
instead of heeding the nurses warning to rest I convinced myself that it would be “totally fine” so, as soon as I got home I slipped on a pair of rubber gloves and went straight to the backyard where I was busy removing bottle caps, squishing over sized bottles, counting and bagging our small mountain of bottles.
It was hot and humid and there were storm clouds gathering in the distance so I pushed myself to work a little faster.
I got lightheaded a couple of times and almost fainted.
Whoops!
My body was screaming at me too put my feet up but I hurriedly got ready for church instead.
I was pulled in to “check children in” that night in the church nursery (even though I was scheduled for the day off) so resting would have to wait.
The only time I sat down was during the sermon.
Sunday I was up early so I could work the nursery at one of the satellite churches. Because it’s a satellite church working in the nursery takes on an entirely different meaning.
This is not a “show up with coffee in hand and sit and play with little ones.” But a “set your coffee down and create a play space before little ones arrive.”
By the time I was done setting up I was exhausted.

After church I headed home only to head right back out again.
Searching for appropriate rain gear we ended up doing a bunch of running around.
it wasn’t until later on when my husband found me sitting on the pavement beside our garden. I was attempting to plant two more plants.
I’m famous for “one more” and because I had pushed myself too hard
I was having my very first “fang-over” from donating blood.
A little light headed, a little tired.
The world spinning around me was just too much and I ended up with my head in between my knees.
Not a glamorous site I assure you.

Trying to squeeze too much into one weekend.

A few days have passed since then and I’m feeling much better.
I’m keeping the donation appointment I have booked for September when I will give blood again.
I will be prepared for the next time and will listen when the nurse tells me to take it easy.
Promise.

We took our second load of bottles to the depo Monday (raised $222.80) and are planning another bottle run for tonight.
(We have 10 bags in the back and are expecting more)

If leaky bottle bags and feeling a little lightheaded are what I face while that sweet little girl fights, I will do it until.

Until she gets to crawl into her own bed at night and grow up to be the beautiful woman God has created her to be I will pray for her and for her family because I know that even in this God has a plan.

We don’t need to understand the why but we need to have faith in the who.

Fight hard little one…you too have a story the world needs to hear.

Apparently girls her size don’t fair well and they have a tendency to faint. so she came as moral support.

« It’s o.k to say no
Zucchini loaf chocolate & Coconut heaven in a loaf »