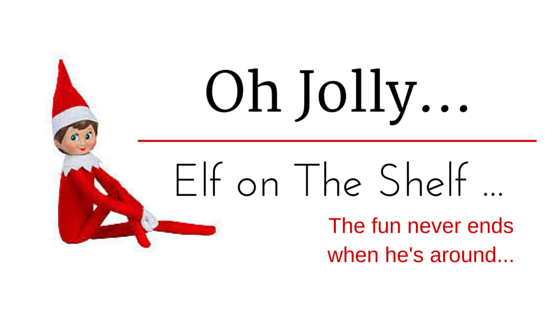 I mentioned in this post last week that we weren’t going to get an elf on the shelf and then, we did and our mornings haven’t been quite the same ever since.  The kids have had a blast trying to find “Jolly’s” new hiding space every morning.  We only have 7 days left before Jolly packs his bags and heads back home to the North Pole we are going to enjoy each and every second! I wonder what he will do this week?

So, where has our Elf on the shelf been hiding this week? 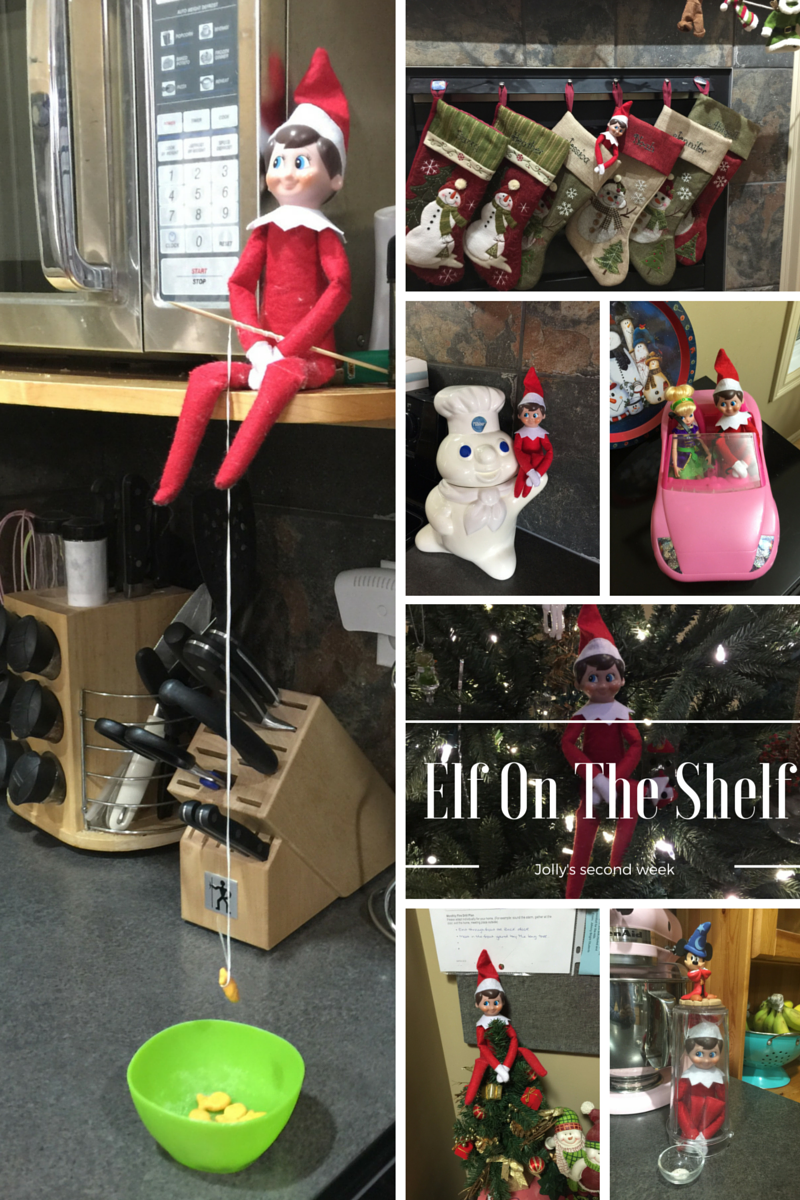 And then the unthinkable happened… 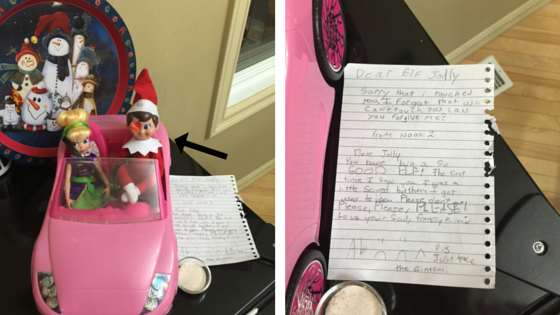 We noticed Tuesday evening that Jolly with a heart sticker stuck to his eye.  I’m not sure if you are familiar with “the rules” but in order for the Elf to keep his magic and be able to return to Santa every night the children are not allowed to touch him.
I remember seeing Jessica playing with the stickers over by Jolly so I had assumed that she had tagged our little Elf on the Shelf friend.  She professed her innocence over and over again but, we didn’t believe her. It was only then that I glanced at Noah that I caught his expression and realized we were questioning the wrong child…  These things never seem to happen on a night when you have no plans and this night was no different.  I had a dental appointment to go to and two children freaking out that their Elf was “dead” and would never return. So, after a quick google search we learned that we can  save “Jolly’s” magic with a bowl of cinnamon and an apology letter.

Do you have an Elf on the Shelf?  What  creative places has your Elf been hiding?

« Random Acts of Kindness during the Holidays
10 Delicious Hot Chocolate recipes to sweeten up the holiday season. »